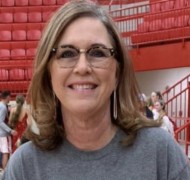 Kalynne Johnson became the Executive Director of Marshall County Chamber of Commerce in June, 2018, after retiring with 32 years of service with the U.S. Postal Service.  At the time of her retirement she had been the Postmaster of Kingston for 10 years.

Kalynne grew up in Mustang, OK and moved to Kingston her freshman year and graduated with the class of 1978.  She became a member of the Kingston High School Alumni Association.  After graduation, she remained involved in many city and county activities and has always promoted our small community as best she can.

Kalynne married Harold Johnson in March 1978 and they remain married for 43 years. Harold and Kalynne have 2 daughters whom both graduated from Kingston as well.  Kila Marie lives in Kingston and Kimberlee Jo resides in Austin, TX.  They have been blessed with 6 grandchildren;  Koltyn, Preslie, Lynnon, Emree, Brooklyn and McCoy are Kalynne’s pride and joy!

In Kalynne’s spare time, she loves spending time with her girls and grandchildren, going to the lake, boating, watching basketball and baseball games, going on vacation, and loving retirement to the fullest! 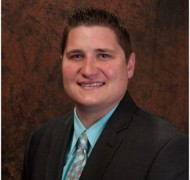 Will is currently employed, as the Vice President of Commercial Lending, at BancFirst-Madill.  With his previous employment at First United-Madill and Landmark Bank-Madill, he has attained eight years of service within Marshall County.  Outside of his extensive banking experience, Will has a strong prominence within the agricultural industry, as well.

He graduated from Southeastern Oklahoma State University in 2009 with his Bachelor of Business Administration with an emphasis Management, and recently earned his MBA, from Southeastern, in May 2018.  Originally from Stuart, Oklahoma, Will moved to the Kingston area in 2013 with his wife, Audra, and children, Ava and Wyatt.

Will has been a member of the Board of Directors since January 2017 and is currently serving as the 2020 MCCOC Treasurer.  He proudly serves as the President of the Lake Texoma Association and Marshall County Water Corporation Treasurer, as well.

In his spare time, Will enjoys running and has completed several half marathons; his most recent accomplishment being an Oklahoma City Memorial Marathon finisher.  When he isn’t fulfilling community event commitments, or training for upcoming marathons, Will proudly supports and attends all of his children’s extra-curricular events. 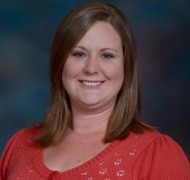 I have lived in Madill for 14 years with my husband Zack and son Wyatt. I have worked at Landmark Bank for 14 years. I am very active in the community and dedicate a lot of time in seeing that Marshall County grows. 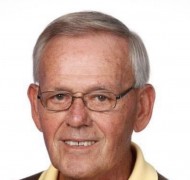 Bill Ptomey is the Broker/Manager of VanMeter Realty Lake Office in Kingston.  He has served Lake Texoma for the last 20 years specializing in weekend homes, retirement homes and farm & ranch.

Bill has been married for 55 years to his beautiful bride.  Bill and his wife have 2 daughters, 5 grandchildren, and 2 great grandchildren. 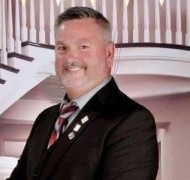 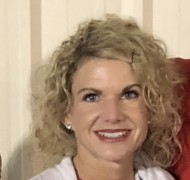 Raley is active in the community volunteering numerous hours for the Madill Schools and other local agencies.  He currently serves as Chairman of the National Sand Bass Festival and President of the Madill Rotary Club (2020-2021).  He is a member of the Kingston First Baptist Church.

Raley loves to spend time with his two grown daughters and four grandchildren. 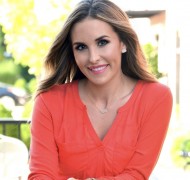 Kelli Bradshaw and her husband, Cody, reside in Madill with their two boys, Cooper and Case.

Kelli graduated from Ponca City High School in 2004 and the University of Oklahoma class of 2010.  Kelli’s background is in marketing and administration.  Before moving to Madill, Kelli was working as the Executive Assistant to the CEO at an oil and gas company in Oklahoma City.  For the last few years she has owned an online business that allowed her to work from home by coaching other female entrepreneurs through marketing and online selling.  Kelli is also the Office Manager at her husbands business, J Price Energy Services.

Kelli would like to provide an outsiders perspective on ways to create and improve business in Marshall County to increase tourism and fun!  She believes we all have a voice and opinions to offer and share.

Personally, Kelli, would love to see the town square in Madill come to life with businesses that will attract people to Marshall County.  More money staying in and coming into Marshall County means more improvement in our school systems, buildings, roads and quality of life.  She would also like to see an increase in community involvement and pride in our area! 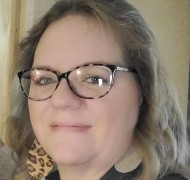 Crystal Hawkins is a lifelong resident of Kingston, graduating from Kingston High School in 1998.  She obtained her Associates Degree in Science from Murray State College; then her Bachelor of Science in Nursing from East Central University in 2014.

Crystal and her husband, Chad, reside in Kingston with their two children, Abigail and Thomas.

Crystal is currently employed as the Administrator and Clinical Manager at Tender Care Home Health in Kingston, where she has been employed since 2015.

In her spare time, she enjoys spending time with family and friends.  She and her family are active members of Madill Church of Christ. 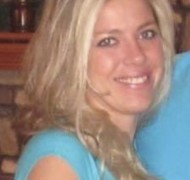 Crystal and her husband, Chase, reside in Kingston with their son, Brantley.  They own Texoma Agency Real Estate located in Kingston.

Born in Denver, CO Crystal moved with her family to Kingston in 1997.  Right after graduating Kingston High School in 2000 she started her career in the loan department of the banking business for Landmark Bank; later moving forward into marketing and promotion with the Lake Texoma Association.  Working for and towards a great mission; promotion of the Texoma region and the protection of Lake Texoma.  After 12 years of increasing tourism, working, and networking with area businesses, chambers, concerned citizens, and learning extensive knowledge of the Lake Texoma area, she then decided in 2015 to pursue her career in the real estate industry.

Crystal enjoys helping to bring people into this great community!  “We all work hard and strive towards the same goal of growth in Marshall County!” Crystal states. 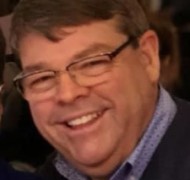 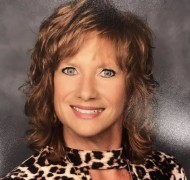 Debbie Allen and her husband, Johnny, make their home in Kingston, on Lake Texoma.  They have 2 children, Jamie and son-in-law Andrew, and Brandon; two granddaughters, Addison and Blakely, whom are the loves of Debbie’s life!

Debbie is a counselor at Madill Middle School and loves every minute of it.

This is Debbie’s first year to serve on the Board of Marshall County Chamber of Commerce and is excited about serving her county and contributing in any way that she can.

“Marshall County is a great place to live and work, and seeing it grow and prosper is my goal” is what Debbie states. 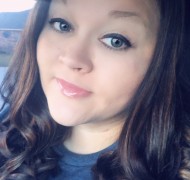 Summer Bryant and her husband, John, make their home in Madill with their 3 daughters, Autumn, Lily and Sophia.

Summer works as Office Manager of The Madill Record.  Summer also helps at Corner Drug and has a photography business.  She was the Office Administrator for Brookside Nursing Center.  She has worked in healthcare, education and social work.

Summer is currently serving as Vice-President of the Chamber of Commerce.  She is the President of Partners in Progress and has been very involved in the Relay for Life throughout the years.

Summer strives to make a positive impact on the community, to broaden her business contacts, enhance her leadership and professional skills.

Summer wants to find resources available in our County for people to turn to when they need contact information and to be involved and helping to voice the ideas and concerns of those in the community. 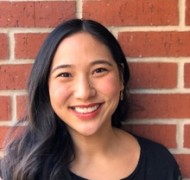 Lauren grew up in Norman, OK and attended OU for undergraduate studies and dental school.  She moved to Ardmore where her husband, Travis, is originally from.  Lauren works in Storts Dentistry offices in Ardmore, Marietta and Madill.

Lauren and Travis have two children, Sophie and Chris.

Lauren enjoys working all over southern Oklahoma and getting to know the people of Marshall County.